My favorite book series growing up was Junie B. Jones. I shared her iconic hairstyle until I was probably 10 and told my mom bangs were no longer cool. She was such a personality – crazy and sassy but also friendly and caring. Every time I opened one of her stories I felt I was living the plot line, I could see it happening to me.

Having a character I connected with so much helped me form a love of reading and pushed me to continue. 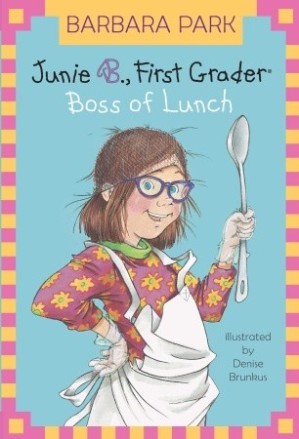 The truth is though, not every child gets the same experience with a book character like I did with Junie B…

With each new day our communities becomes more diverse: ethnically, racially, religiously. With these changes, what books are we providing students so they can have a similar relationship to a book as I did with Junie? Of course, it is important to read about experiences that are different from your own — those are the kind of stories I now read and love, BUT I also had the privilege of having so many books with characters like me.

The lack of diversity in children’s and young adult literature is an issue, and while it can be uncomfortable to talk about it is necessary, we need to acknowledge it, and we need to act.

The next series of blog posts are aimed at unpacking the barriers to diverse books and supporting the cause so that ALL children can see themselves represented in their favorite stories and learn about those who are different from them too.

That isn’t to say that all of these books should be made available in schools or that certain books will be carried within the DIBS program. We understand that parents have the right to monitor what their children read and whether it aligns with their morals and values. What we are saying, however, is at the end of the day these stories should at least be published because for many of our students they are a reality, and we societally should recognize that.

What is Diversity? What does it mean for books?

Diversity is complex because it depends on the experiences of the person(s) talking about it. Diversity for me, a white woman in her 20s in Omaha looks different than for an old man in Hong Kong.  In the context of this blog, it refers to celebrating a variety of backgrounds consisting largely of minorities and groups that have been marginalized by US society. Diversity is beautiful, celebrating stories and voices that are not always seen or heard but are lived every single day in our communities.

The nonprofit We Need Diverse Books defines diversity as: “…all diverse experiences, including (but not limited to) LGBTQIA, Native, people of color, gender diversity, people with disabilities, and ethnic, cultural, and religious minorities”.

I like this definition because it includes groups that are often placed on the back burner in conversations about diversity. In this blog series, we will discuss and feature books by and about these groups.

A book may be considered part of a diverse collection through casual diversity or intentional diversity. Casual diversity refers to having a diverse makeup of characters but their race, ethnicity, gender, sexual orientation, or ability are not central to the story line. Intentional diversity refers to stories where if the minority group(s) the character belongs to changes, the story itself would no longer be the same. The unique experiences and culture of that group are highlighted and integral to the story.

Book Diversity by the Numbers

The Cooperative Children’s Book Center (CCBC) does a yearly study of children’s literature. They take 3,400 books published in that year and review them to see the racial and ethnic groups they were written by and about.

In 2016, 87.4% of the books they studied were written by white authors and 78.1% of the stories were written about white people.

These percentages are an improvement though. In 2012 the CCBC study showed 94% of the 3,600 books they received were written by white people and 92.5% of the books were written about white people. With a population that is becoming increasingly diverse, the books presented to our children do not reflect those of our country.

Going beyond just ethnic diversity or skin color, there are even fewer books written by and for the LGBTQ community as well as people who have a disability, whether it is cognitive, emotional, physical, a chronic health condition or mental illness.

In 2014, Diversity in Ya found that only 47 books were published about the LGBTQ community and only half were published by major publishing houses – up from 29 in 2013.

I looked for hours on stats about the percentage of books published each year where the protagonist has a disability and had no luck. What I did find were countless blog posts by parents who have a child with a disability or people who have a disability, frustrated at the lack of book selection or the stereotypes that exist in the books that have been published.

Why are there so few diverse books?

The answer to this question is complicated but, just like any conversation about why a specific minority group is marginalized, the answer is the same — there are systemic barriers keeping these books from being written, published, and circulated.

One major reason we see a low percentage of diverse books being published each year in children’s lit is the lack of diversity in publishers, editors, and marketing teams.

In 2015 Lee and Low Books, the largest multicultural children’s book publisher in the country, conducted a diversity study of the publishing industry. It found that 82% of editorial staff are white, 84% are women, 86% identified as heterosexual, and 92% said they don’t have a disability. This is important because majority groups are more likely to be able to afford to take an unpaid internship to get into the business and are often chosen over minority candidates for positions as editor’s assistants. The lack of diversity in the industry greatly impacts the likelihood of diverse books being picked for publication.

Publishers need to realize that they have a duty to not just pick books that represent their experiences, but those of all the kids they publish books for.

There’s a certain irony to the books publishers pick: Elephant and Piggie books are popular, yet the main characters are animals. We can rationalize picking characters that mirror the majority population over the minority, but we don’t bash an eye on learning life lessons from a pig? If a child can learn from them they can also find things to relate to in books where characters act, look, or live differently than them.

These also prevent diverse books from circulation. For a book to be banned, it must first be challenged through a written complaint to a library or school.

In 2015  275 books were challenged and 27 were removed from circulation. Malinda Lo, an author and researcher for diversity in young adult literature, found that more than half of the ten most challenged books each year involved issues of race, sexuality, or disability OR included characters that are people of color, LGBTQ, or have disabilities. In 2015 eight out of the ten banned books dealt with those same themes.

Even before a book gets banned, it is up to a librarian or teacher to display and discuss books. If they feel a book is inappropriate or will cause discontent in the community, they might hide them away, also known as “soft” censoring.

Where do we go from here?

I just threw a ton of information at you (and that’s not all the information I found either!) but I promise we will get through this together. Bringing awareness to the lack of diverse books and the challenges diverse books face is only part of the battle. It does not end here.

Every child deserves the chance to connect with a book character that is similar to them. Every child has the right to learn about other populations and cultures to widen their worldview and understand how their life is different from others. The role of a book is to inform, whether its reaffirming what you know or changing how you think.

In subsequent blog posts we will break down some of the stats and facts of specific populations and the number of books published about minority groups as well as book lists with some great reads.

I hope you keep reading with me! 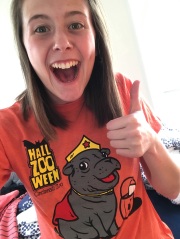 Hi! My name is Emilee Armbruster and I currently serve as a Program Improvement Engineer at DIBS. I am originally from Ohio and studied Early Childhood Education at Xavier University (Go X!). I feel passionately about educational equity as well as Cleveland sports, Xavier basketball, cute dogs, Fiona the hippo and cooking!

One thought on “A Reflection of Me: What is book diversity, anyway?”

Working so every Pre-K through 3rd grade kid in Omaha can read a book every night, at home, for fun.